Just to know who you are 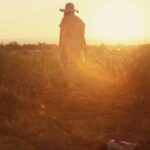 At a standstill Monday morning, Shakthi – our little princess was in school. It was kindergarten. She had a friend there who is a cousin also for her. She lent an ear in the class. So, she hasn’t seen her mother weeping while she was crossing the school along with her younger sister who is only a year old. But, Shakthi’s teacher saw the scene. she prepared shakti’s bag as She sensed the deep trouble. As anticipated, a lady along with her husband came after a while seeking “Shakthi”. After proceeding the formalities by her, Shakthi and her cousin “Aswini” started from school. When they stepped into the house, their mouth wide-opened by seeing shakti’s elder sister “Dhivya” Shakthi keeps on intriguing her mind about the reason. She asked her elder sister too. But Dhivya behaved as a matured children and refused to say a word to her. Pin drop silence prevailed there. It was broken by the arrival of an ambulance.

Shakthi along with her sister starred the ambulance when the door was opened. She couldn’t control her tears. It was dropping without any permission like a drizzle. Her mother was sitting beside her father and crying by saying “How can I take care of our daughters? Why you left me alone? Why can’t you take me also?” Her little sister crying in her mother’s hand. One of Shakthi’s relative tries to get her younger sister. Shakthi along with her elder sister boarded the ambulance.

While sawing her mother’s cry Shakthi wanted to console her. But, she doesn’t have the courage and words to speak of. All through the journey in the ambulance until it reaches shakti’s native, she silently wiped the tears from her mother. Even Though she wanted to console her mother, she didn’t even utter a word. While reaching her village, she saw many of her relatives waiting for them. She could even see her newly married uncle and aunt, her father’s brother(Chithapa) daughter “Nivetha” When Shakthi stepped out of the ambulance, she went along with Nivetha. They both sat at the doorsteps of the room where her father was lying down with garland on his chest.

She was watching keenly who are all coming to see his father. She also observed that every one of her relatives was up and coming with a garland. She wasn’t aware that her father will never come back.

After a while, a cart garnished with flowers arrived. Many of her relatives hold her father to lie him inside the cart. No one was able to control her mother. She was running behind the cart. Luckily some of them stopped and held her tight. As she was broken down already, it was comparatively easier to put a stop. Our little princess was crying and her grandma gave her a couple of coins to throwback to her father as part of the funeral procedure.

Post a week of funeral procedures, Sakthi’s maternal uncle presented his opinion of taking her sister and sister’s child along with her to Sakthi mother’s native. Sakthi started her journey to “Kadathur”. After some days, Sakthi & her elder sister joined the school. Days passed. Unfortunately,  one night, Sakthi saw her father in her dreams. She desperately wanna see her father in real. She started crying. For the next two to three days she was continuously crying. Many of her teachers in the school try to console her and make her understand the context.

She longed for her father whenever her friends chatted about her father’s atrocities and care. Do you think negativity will not be seeded in her mind because of the above Incident?

Shakthi and her sisters concentrated in their academics as it is the only way to rescue them. A couple of years passed. She reached her third grade. In the course of time, shakti’s sister was assigned with a task by her mother to bring the earring from the jewel shop. Post some special classes, both of them went and bought that earring. On their way to home, Shakthi’s sister “Divya” said, “ I wanna go to my friend home to get some books. Can you please handover this to mom?”. Her sister cross-checked the box before handing over. When Shakthi reached her home, she gave the box to her mother. Her mother opened it. She was shocked to see the presence of only one earring.

Her mother started intriguing about the other pair. She uttered everything that was happened on the street. It poured anger and devastation into her. She kicked off Shakthi outside the house. She was so embarrassed. ‘Cause she was on looked by her relatives. This incident poured poison into the white little heart. She introspected herself as a burden to her mom. Do you think negativity will not be seeded in her mind because of the above?

Two years have been passed. Since her maternal uncle wanted to shift to Dharmapuri, each one of them shifted. Shakthi joined the school which was 2 km’s far away from where they are staying. So, she used to ride the bicycle to go to school. As the exams are fast approaching, she went to her friend’s home for group study. Habitually, she went with the cycle. She locked it before going inside. Two to three hours have been passed. When the clock hits six, she came out and searched for her bicycle. She asked her friend’s mother. All of them searched in the nearby streets. Post that, they realized it was missing & stolen.  Her friend’s father dropped her into the home. When shakti’s mother came to hear the news, she seems to sink in the tumbled water. She beats our little princess. You can see the mark all over her body. How someone else stolen action will be responsible by the little princess? Do you think parking the locked cycle outside the friend’s home was her mistake or going to friend’s home itself her mistake? Radiation of negativity trapped her. Isn’t it?

She sobbed the whole night. Since her father’s second nature is observing the day to day life in a journal, She also possessed the same. But, she started off with negative events. Her mind unheed to the law of gravitation. Unconsciously it was acting on her. Her gratitude to negative events started attracting the other negative events. She was trapped in that vicious cycle. She stepped into the treadmill of losing cycles. She was on it until she lost three.

Her mind flooded with negative thoughts. She sought answers for the below questions.

Why it was me? Why not someone else?

Why I am losing cycles continuously?

Why I am a burden to my mom? When can I earn and become independent?

Why I am not looking good?

She sidetracked into the path of negativity. She neglected the positives in her life like

Years passed. When she reached tenth grade. Fortunately, she met a teacher who poured positivity in her life. He taught the power of thoughts, hard work. He taught the values like waking up early, consistent effort in one goal, different methodology to study. His teachings on positive thoughts kindled her positivity. His name is “Sir Issac Newton”. By utilizing his teachings, Shakthi achieved school first. She realized the power of thoughts.

But a teacher can’t come all through the life to uplift her right? Years passed. When Shakthi reached College education, She was introduced to the Self-help books category.

You can’t get the opportunity to meet someone who was in a higher status. But, you can read his/her books.

You can’t meet someone who lived in a generation before like Gandhi. But you can get guidance from them via their books.

Gradually, her path to the positivity happened. Now, she started feeling grateful for every good thing in her life. She realized the law of attraction does not work only physically but mentally also.

Rather than recording past events which hurts her in the journal. She started off with the events which she felt like blessed. Along with that, the future events which she wants in reality. Because of this, miracles started happening in her life. She doesn’t know how it comes but does know why it comes ‘cause she needs it.

One such miracle event is a family trip to Singapore.

Shakthi used to record the material things she wants to buy, books she wants to buy, places she wants to visit, persons she wants to meet. She posted pictures of Singapore lion from the newspaper in her journal. She pasted long back. Maybe it was during her college education. It doesn’t happen at the instant. Years passed. When she was working and her elder sister was planning a trip abroad. Her in-law chose Singapore.

Later on, when she was observing the journal, she saw that. She once again realized the work of gravitation. Now she has more examples like that.

Do you have that?

Which side are you in? Positive or negative?

Is money needed to think positive? No Right? Why not be on the positive side?

Link to ebook – My Exposure to Life Lessons 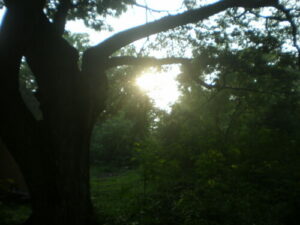 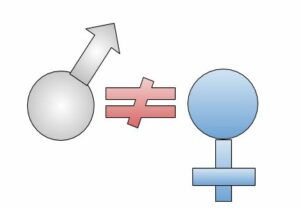 Is the Equality Prevails? 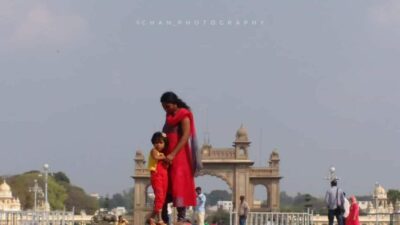 Repercussions for a Women’s actions in raising their children’s